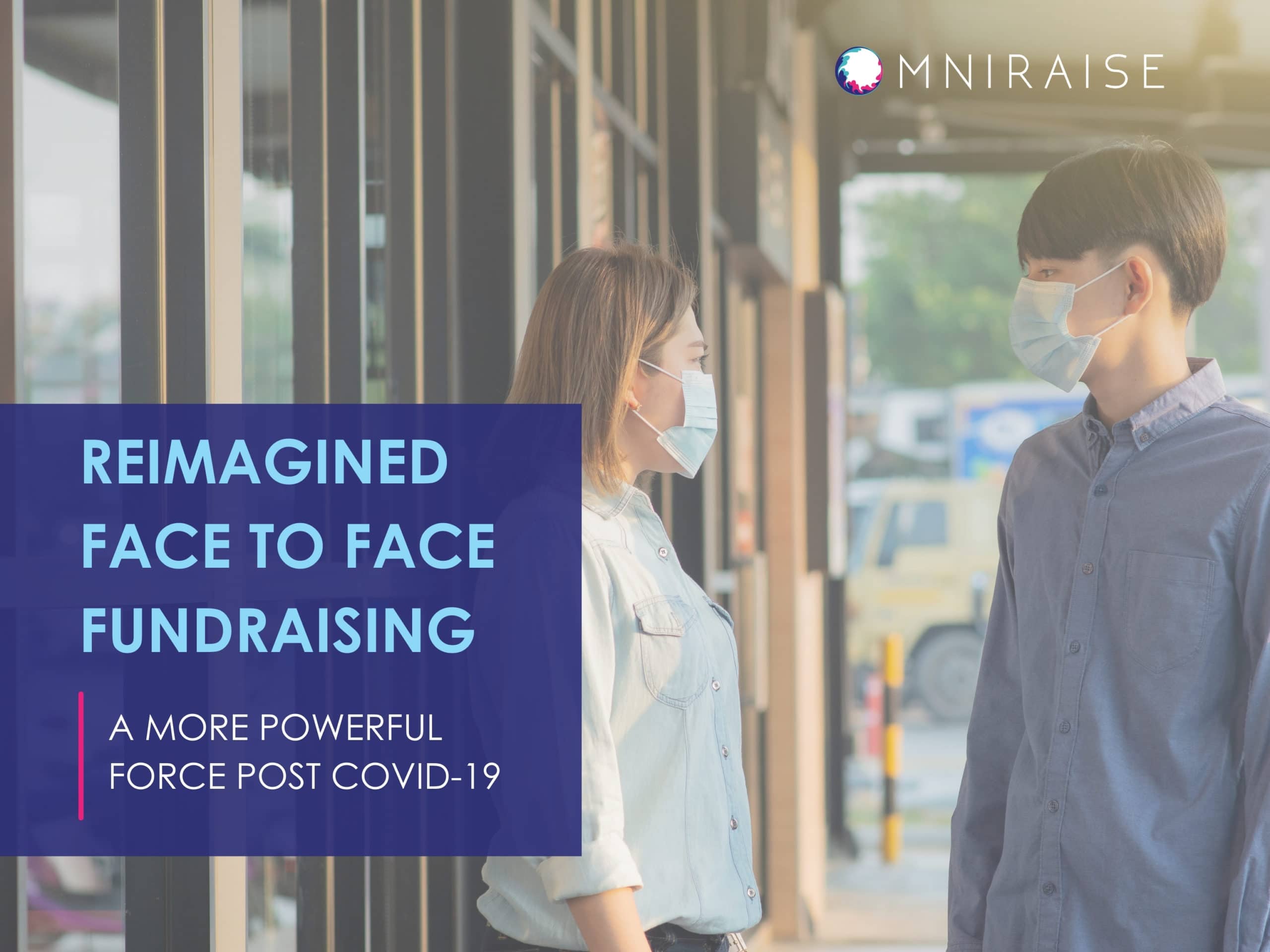 Making every conversation count: How we reimagined F2F fundraising as an even more powerful force post-COVID

Face to face is arguable the largest, most successful fundraising movement of the last 30 years. Imagining a world without face to face fundraising is like imagining social media without Facebook. Millions of donors had been recruited this way globally.

At the time we went into lockdowns in 2020 OmniRaise had a field force of just over 200 fundraisers across 3 countries in Asia – but overnight. We did all we could to repurpose our teams to other channels – digital, telemarketing – but we ultimately needed to plan for them to return to the field.

Nothing beats human connection, so we knew that face to face would still play a big role as we mobilised teams again after lockdown. I don’t think any of us ever doubted there would continue to be a place for face to face fundraising.

The big challenge was how we would engage in a safe way – ‘ social distancing’ became the norm so we had to consider ways to reduce physical contact in the face to face interaction. Was touchless face to face really possible?

There were some great innovations during this time – Evergiving quickly built a platform that would provide an alternative way for fundraisers to signup. Rather than handing over a grubby iPad, fundraisers were able to give a QR code to the donor to scan with their phone and push the control to the donor to input their credit card details into their phones. The back end of the process was clearly sorted, but what about the front end?

Fundraisers had always in the past used something tangible to stop donors. Whether it be a sticker, a pen, or prop to participate in an activity, stopper tools, as they are commonly referred to, were a key part of the engagement process in a pre-COVID world. As people became concerned with COVID-19, we had to assume people would be reluctant to take anything handed to them, and it might be harder to engage donors.

We had to be prepared that people would be less likely to want to stick around and have a long conversation. What if people stopped but didn’t want to speak?

We began to consider if lead collection might be a better way to approach face to face again, as we could then make interactions short and finish our conversations with donors over the phone. In the past NGOs have successfully run field marketing 2 step campaigns where a team of face to face fundraisers would typically generate leads on the street and then telemarketers would be solely responsible for conversion. But repurposing our teams for lead generation seemed risky at a time when the “risk” levels were already high.

But we asked ourselves the question – could we do both lead collection and sign people up? In the past lead collection had been done at the back end of the conversation by many agencies but we decided we should bring it to the front this time, so that if donors felt uncomfortable sticking around for a 5-10 min chat, we wouldn’t lose the chance to speak to them about our partner’ amazing work and could offer to give them a call later on.

OmniRaise quickly developed an online solution where donors could scan QR codes at the very start of their conversation. The process was simple – fundraisers would start their conversation by asking the potential donor to scan a code and take action. We had one client use a petition, another use a survey, and another had a free e-book download. The potential donor would be asked to key in their details quickly after taking action, and then the fundraiser would continue to present the work of our partners if people had time to chat.

Using the leads generated from the QR codes, we later conduct telemarketing calls to convert the donor to regular giving. If the fundraiser did not have the opportunity to present to the donor, because they were busy or uncomfortable continuing the conversation, they could be called immediately. If prospects had listened to the conversation, we kept the data for 3-6 months before again reattempting conversion at a later date. We built the system in such a way that the fundraiser then was able to log easily at end of their conversation if they did their full presentation to the donor or if they were stopped at the beginning.

We also develop materials to give away to potential donors so they had something to read between the interaction and the call and provided a brief thank you SMS before the call.

Results were very slow at the start. Like with anything new, fundraisers struggled to adapt. Common complaints were that people don’t want to give their details. People are tired of stopping to scan QR codes. One of our fundraising teams claimed 90% of people didn’t have mobile data on their phones and the QR code wouldn’t scan, which was probably one of the most far-fetched excuses.

But like with anything new, resistance was mostly due to change itself – and we weren’t prepared to give up so easily.

We had a vision. We were having more than 100,000 conversations a month already with donors – but in 95% of cases the donor walked away and might never engage again. We also believed that productivity per fundraiser by up to 15-25% if we had a chance to follow up their leads. We knew from our Facebook lead conversion campaigns that people who say no the first time are very likely to say yes again in the future if we work hard to build a relationship with them.

At one point I started asking every manager to report the leads per fundraiser to me daily we were so determined to break through the mindset barriers of the team.

Eventually, after evangelising the benefits for many months, a good deal of peer pressure, and after the 100th objection from our fundraisers was countered, we finally broke through and results started to pick up.

Our fundraisers were achieving around 10-15 leads per day. Approximately 30% of these leads are contactable immediately, as the fundraiser did not present to them. Of that 30% which has been the focus of our conversion efforts to date, 50% are contacted and 4.5% convert to regular giving, at the same average gift as Face to Face, and slightly lower attrition levels in the first 6 months from our early results.

The key to making it work was having a vision, giving the fundraisers and frontline leaders freedom to experiment with the best methodologies to use it rather than prescribing a top-down process, as well as coming up with a compensation system that rewarded the face to face fundraiser in a simple way for their efforts without compromising their core responsibility to signup donors every day.

Results from face to face fundraisers have remained unchanged. The daily piece rates per fundraiser have remained the same as pre-COVID levels.  Only now we have a new source of donors and a database growing by thousands of leads per day.

As they say necessity is the mother of innovation. And out of adversity comes opportunity.

Here is face to face reimagined. 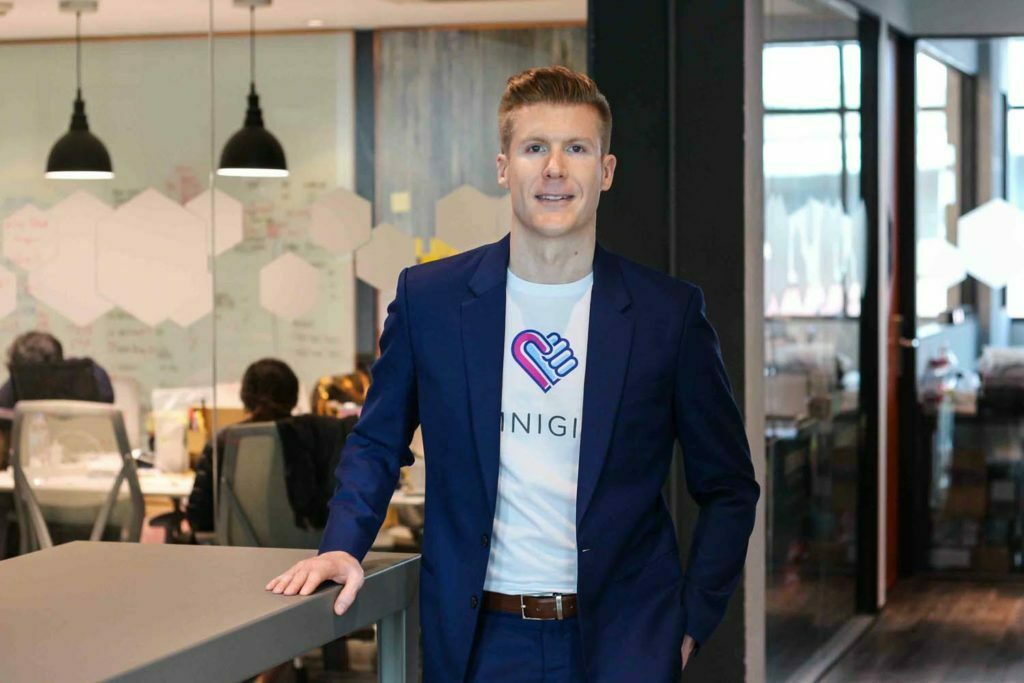 A LETTER FROM LUKE HEFFERNAN, AND OMNIGIVE TEAM 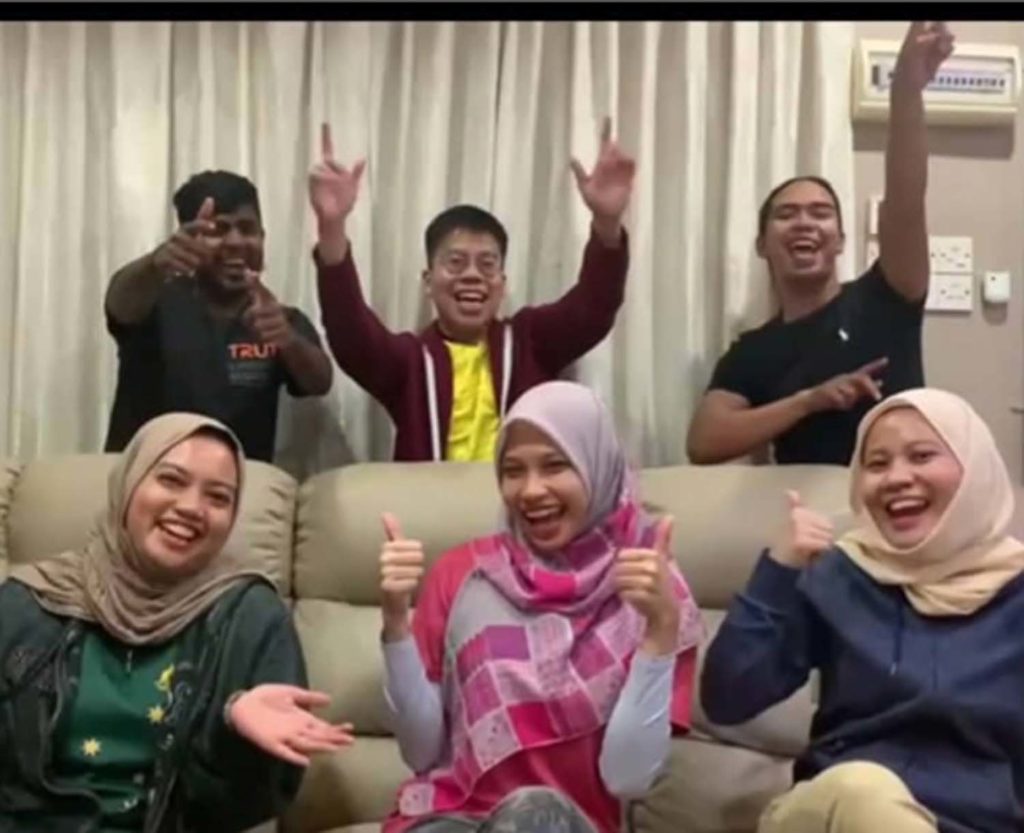 Hey guys, how a 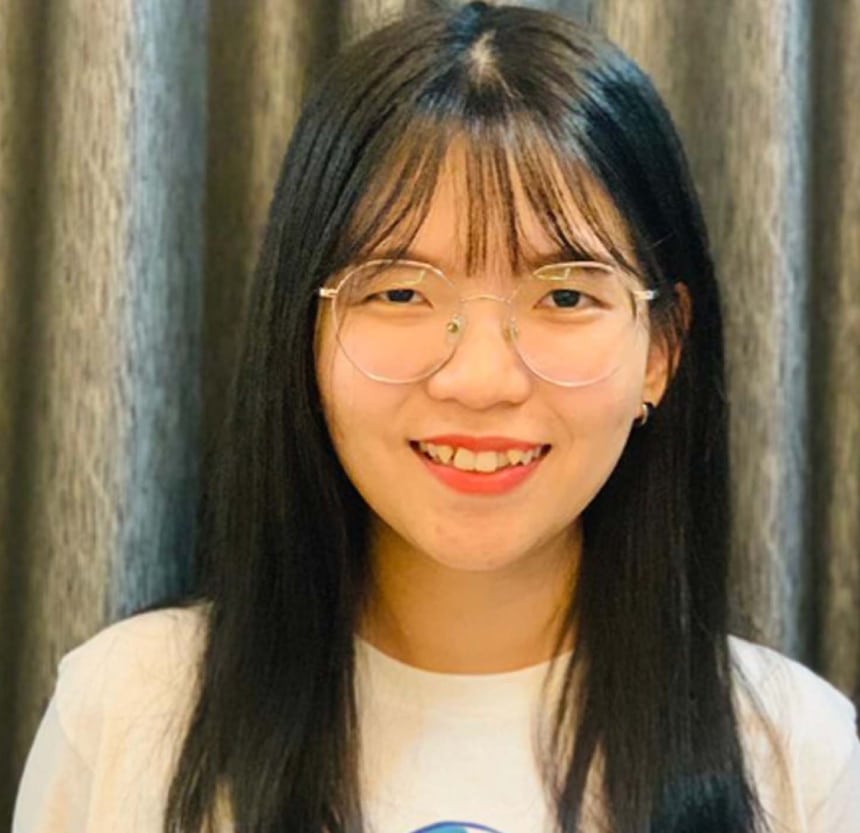 THE FACE BEHIND THE NAME!

Co-Founder & Director of Digital, IT, Data and Compliance

Gordon started off as an outreach worker for the UK’s The Prince’s Trust and represented them as an Ambassador at high level fundraising events as well as working alongside The Department for International Development on projects in Northern India, before beginning his fundraising career in Scotland, where he progressed swiftly within the industry. He has also worked in Australia and New Zealand as a fundraising consultant for NGOs, before joining the United Nations Children’s Fund (UNICEF) in Malaysia, where he was the Country Operations Manager for face-to-face (F2F) and delivered exponential and sustainable growth over almost four years. Today, a lot of the strategies implemented by Gordon have now been expanded and adopted to form the basis and best practice of regional F2F teams for UNICEF. He has worked closely with neighbouring UNICEF Country Offices in the region such as Indonesia and the Philippines and is regularly approached for his expert insights. After four years in Malaysia, he took up a posting with UNICEF India, serving as the F2F Operations Specialist for a year in Delhi. Gordon’s expertise in fundraising has seen him presenting on fundraising in Croatia, Portugal, and Thailand. He is widely regarded as one of the best fundraising operations managers in the industry with extensive experience of the region. Coupled with his love for charity and social work, Gordon will bring a fresh perspective to client management, and is passionate about providing the best service to our clients and their stakeholders.

Enjoying football and boxing. Active in CrossFit, and loves to go on food adventures with his fiancé and their dog!

“Do the right thing even when no one is watching you as Integrity brings you places and wonders. Respect is earned thru integrity.”

Rabiya came from Banking and Jurisprudence Background. Prior to OmniRaisem, she worked as Senior Executive in Cognizant and Google Malaysia for a year and a half. In addition, she also has her diverse work experiences as Sales Executive in Multipurpose Insurance Company, as well as supervisor at Tealive.

Why did you join OmniRaise?

OmniRaise has career progression/growth opportunities for everyone with various different backgrounds. Just like every OmniRaise, the reason lies in the desire to leave an impact and make a difference in various social groups that need our constant and continuous support. Huge passion in humanitarian and environmental causes.

Why do you love working at OmniRaise?

I love working here because of the supportive and encouraging teammates. Also, we all are able to represent the world’s leading humanitarian and environmental organizations. A the end, OmniRaise provides room for personal development and growth.

“Do the right thing even when no one is watching you as Integrity brings you places and wonders. Respect is earned thru integrity.”

Linkedin
“Have a big heart! When everything is gone in this world, money cannot be eaten”

Joel has over 5 years’ experience in fundraising. He started his career from scratch with an outsource sales and marketing company in 2012. During 2015, he was recruited as a team leader with International NGO, WWF Singapore, to launch Singapore’s 1st in-house fundraising program. During his 2 years, he managed to grow and mentor the in-house fundraising team from 2 to over 60 staff with his 16 middle management staffs within a fundraising department. He also contributed to the success of field marketing/sales in the WWF Asia Pacific Region involving three short secondments to Malaysia, India, and Philippines offices. He has the willingness to roll up his sleeves and drive performance by leading from the front. Having a very structured, disciplined approach to fundraising that ensures WWF maintains a good consistency in quality and sales processes across the teams.

Why did you join OmniRaise?

OmniRaise provides a proper & structured platform that is very different from a typical corporate world. They believe in motivating and supporting individuals in terms of personal development and career growth. As a Senior F2F Manager, I gained a lot of different experiences through overseas opportunities to increase my exposure around the world.

Why do you love working at OmniRaise?

Being part of a big team where everyone has the same goal to be a 2nd voice for the causes of our collaborating partners. Whether it is supporting our one & only EARTH or the unfortunate around the world, this motivates me and my team to deliver even higher standards in results and take pride in the things we do.

Head of Face to Face